skip to main | skip to sidebar

The Beginning of the End

Now that was a little dramatic, wasn't it?

It's sort of correct, though. The bishop of the local ward came and paid Derrick and I a visit last night. We let him know where we stand and told him that we wanted to remove ourselves from the records of the church. He was very polite and diplomatic about it and said that if we did send him our resignation letters he would start the process for us.

Now I just need to have that conversation with my parents. Ugh. That's going to be an ugly one.
Posted by Max Power at 4:32 PM 6 comments:

Why the LDS Church Should Thank Hollywood

So, here's an interesting tidbit that I came across yesterday. Apparently, the actor who played John in the temple movie was one of the people who signed a petition to the First Presidency during the Prop 8 days asking that church mind their own business. His reprimand for performing such a heinous act was to be removed from the temple film. Edited right out. Read the details here at the Wheat and Tares blog.

It's a good thing that Hollywood has made such great technical progress over the years, otherwise the editing would be really noticeable.

Too bad they didn't do it South Park animation-style. :P
Posted by Max Power at 10:26 AM 2 comments:

We went to Vegas this last weekend to see Cher. It was awesome. She's still an amazing performer after all of these years. A bit egotistical, but I'm sure that if any of us were in her shoes with an amazing 40 year entertainment career we would be the same way.

This was my first time doing Vegas properly. I've driven through many times before on my way to/from Utah, but I've never actually stopped to enjoy the city. I'm now a very big fan.

Additionally, we flew instead of driving. BEST DECISION EVER! I will never drive to Vegas again after that.

Maybe we should organize a giant MoHo get-together in Vegas this summer. Get your speedos ready! ;)
Posted by Max Power at 3:44 PM 2 comments:

Here's my annual list of the 3 best albums of last year. "Best" in my book mainly consists of which albums I was drawn to listen to over and over and over and never got tired of them. I'm neither a complex nor a pretentious music critic. :)

3) This one is a tie between Sarah McLachlan "Laws of Illusion" and Kylie Minogue "Aphrodite". They are both very different albums but I absolutely love both of them. The first tracks on each album just never become boring to listen to, no matter how many times you hit repeat.

2) Mumford & Sons "Sigh No More". This album just came out of nowhere and made me like folk music again. I had started to get tired of folk, but this album blew me out of the water and renewed my faith in the genre.

1) Scissor Sisters "Night Work". What can I say? It is a super fun album that you can't help but shake your money maker while you're listening to it. I've listened to this album more than any other this past year.
Posted by Max Power at 8:53 PM No comments:

Tabernacle Fire - The Painting That Lived

Amidst the hub-bub of this painting that partially survived the fire in the Provo Tabernacle, I have one request: Show me pictures of everything else that wasn't completely burned.

I think we'll find that there a lot of things that only received partial damage from the flames. It's nuts to think this is some sort of sign from God. Seriously, how many of you Mormons out there believe those crazy Catholics when they see an apparition of Jesus in a tortilla or piece of toast? Yeah, that's how crazy you sound talking about the painting.
Posted by Max Power at 10:34 AM 6 comments:

Be Careful Who You De-friend

Periodically I go through a "friend" purge on Facebook. There are no absolute rules to whom I de-friend, but generally if I just don't care for the person anymore I will delete them.

I still have a ton of friends from the days when I was an active Mormon. Many have deleted me, and I have deleted some obnoxious ones in return. But, there are always those who I debate on deleting when I'm doing a purge. I usually think something like this to myself, "Self, this person hasn't really done anything to be a jerk, and you never know, they might need to hear what you have to say about gay people so that they'll change their attitude."

As it turns out, that voice in my head is prophetic. Maybe I should start my own religion ... but I digress.

I received an email the other day from a guy that was in one of my wards about 9 years ago. I haven't seen him in probably 8 years, and after he added me on Facebook I never did have a conversation with him - until last week.

He emailed me to tell me to ask my opinion on how LDS parents should treat their out-of-the-closet children. No, he didn't have one of his kids come out. Rather, he is a religion teacher at the so-called "Lord's" university. One of his students sent him an email detailing how the student's twin sister is out of the closet. The student loves his sister unconditionally and is totally fine with whatever choices she makes for her life. Their parents, on the other hand, or not so hip on it. They have forbidden her from bringing her girlfriend to family functions and basically are just being douchebags about the whole thing.

We traded a few emails back and forth about it. Apparently the mother insists that she is the reason her daughter is gay; there is something she should and could have done so that the daughter wouldn't have turned out that way. I commented on how egotistical of a statement that is for a parent to make. I then talked about how there is legitimate science that backs up a huge biological factor in why people turn out gay and how based on my own experiences and research I am convinced that my own homosexuality is 100% biological. I then made the comment that the only way the mother actually could have done anything about it would have been to have had an abortion so that the daughter didn't exist.

I then talked about all the junk science out there that people use to refute any biology, and push archaic ideas of it being a mental disorder and changeable.

Here's where I was stunned. He responded and wrote the following:

I'll admit that in the past I was one of those that clung to the junk science, but my views have definitely shifted the past couple of years. I was very appreciative of the notes you posted on Facebook about you own experiences; they were frank and handled with aplomb, and they directly helped to shape some of my current views.

Wow! Something that I did actually changed a pretty hard-core Mormon's point of view on us gay folk. It felt really good to know that I was a part of that, but more importantly that it can be done.

So, be careful who you de-friend. You might miss a great teaching opportunity.
Posted by Max Power at 4:46 PM 5 comments:

It's time again for the AIDS Walk here in Los Angeles. It's in a week and a half, and I'm still looking for donations. If you have some money you can spare, please find it in your heart to click on the link below and donate to me and my team. Every little bit helps. Thanks!

Click Here to Donate
Posted by Max Power at 8:05 AM No comments:

Max Power
Gay (actually) Mormon (culturally) guy in his mid-30s. Lives with the love of his life. Eats food every day. Loves to sleep at night. Works hard for the money, so you better treat me right. 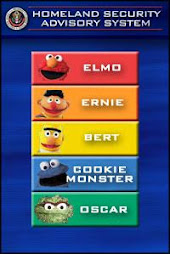 highly lovable bands that you probably haven't heard of

Just in case you were wondering